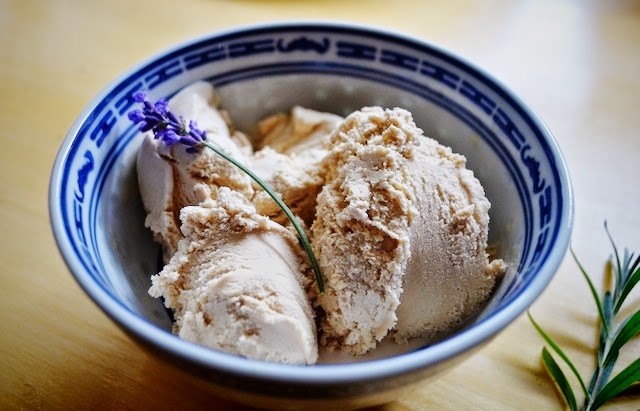 I woke up this morning to find that Diego had chewed a huge whole in one of my favorite jackets.  I decided we could all use a little virtual ice cream to get us through this Monday and to start get our weeks started off on the right foot.  This is my first time sharing an ice cream recipe here on the blog, and I am really excited to tell you all about my recipe for Earl Grey lavender ice cream.
During our 24 hour trip to Seattle a couple months ago, we made time for a trip to an ice cream parlor called Molly Moon's.  It's one of the new types of local ice cream shops that are popping up around the country that place a lot of value on fresh, local ingredients.  I tried as many samples as I could (before the server gave me the stink eye), and I was pleasantly surprised by how much I liked the Earl Grey.  Earl Grey is my current favorite tea, and the ice cream version basically tasted like a frozen cup of tea with more vanilla, cream, and sugar.  Basically like heaven on a spoon.
I bought the Molly Moon's cookbook thinking the recipe for Earl Grey ice cream would be included, but I was heartbroken to see that it wasn't.  So the creative juices started flowing, and I put pieces of a few different recipes to get the final product you'll find below.  (I used a Molly Moon's ice cream base and added the tea and lavender leaves based on the ratios I saw in some other online recipes.  I followed a similar tea-based Molly Moon's recipe for the making part of the recipe.) 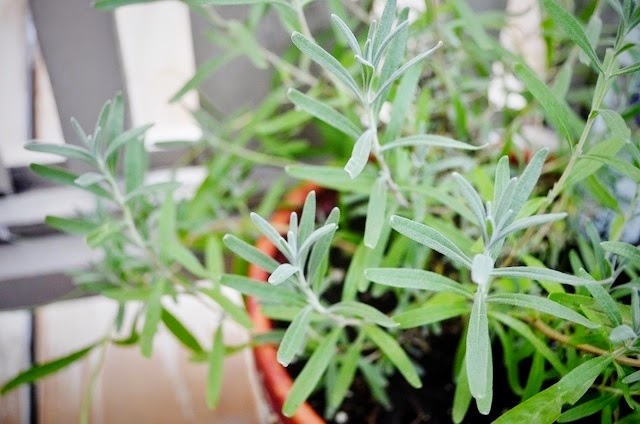 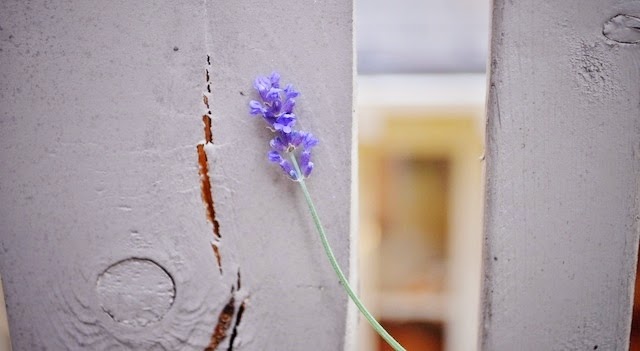 I don't think the original Molly Moon's flavor included the lavender, but since Earl Grey has undertones of lavender - and because I had lavender growing on my porch - I thought it would add nice depth to the ice cream. 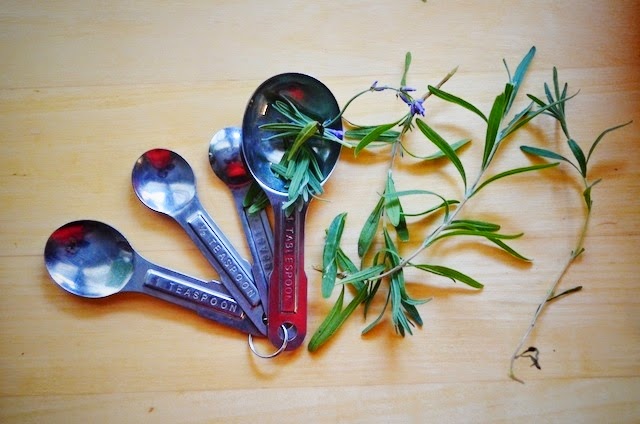 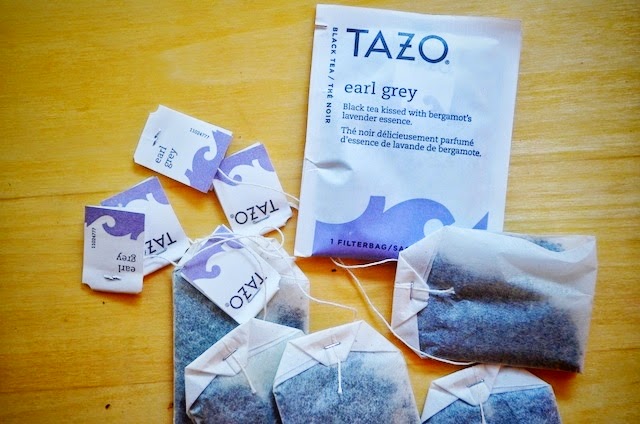 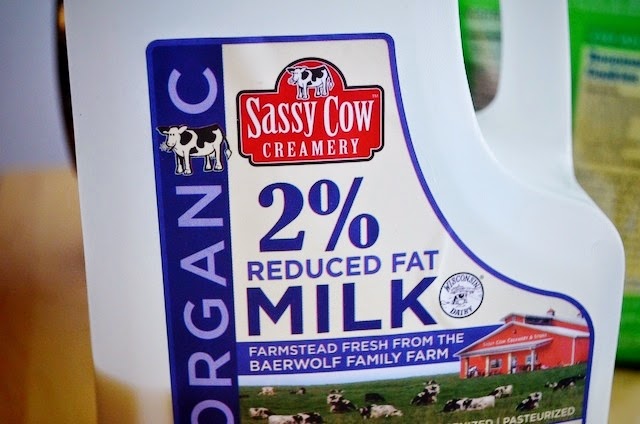 A note on ingredients: Molly Moon's attributes a lot of its ice cream's fantastic flavor to using the best local ingredients available.  I tried using the best ingredients I could find when making my ice cream.  I used Tazo tea (but you could substitute your favorite brand of tea), organic Wisconsin milk, organic sugar, and lavender from a pot on my front porch.  I haven't done a taste comparison, but I can imagine that my ice cream turned out better than if I had used cheaper, lower quality ingredients. 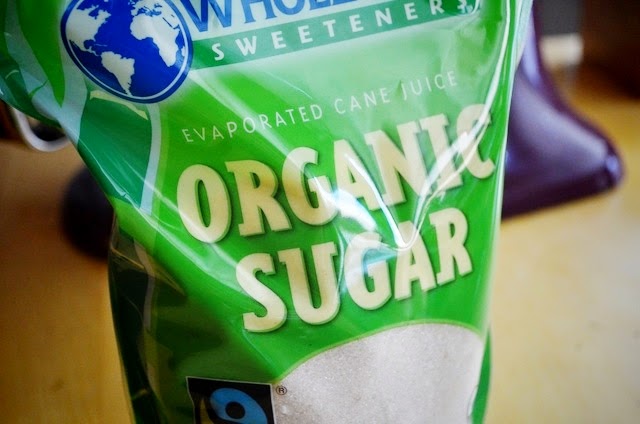 Mix the cream, milk, sugar and pour in a small, heavy-bottomed saucepan.  Add the tea bags and lavender.  Cook uncovered over medium heat while stirring occasionally until the sugar.  Bring cream mixture to a simmer, then remove from heat and cover with lid.  Keep tea bags and lavender steeping in the mixture for 30 minutes at room temperature (it will be like super tea!).  Then pour mixture through a fine mesh sieve, pressing down firmly to squeeze out leftover liquid.  You will not need the tea leaves or lavender any longer, discard these.  Pour the now flavorful cream mixture into a pan or bowl and refrigerate until completely chilled (about 1-2 hours).  Remove mixture from refrigerator and mix in vanilla.  Your work is almost done!  Time to tag off to the ice cream maker! 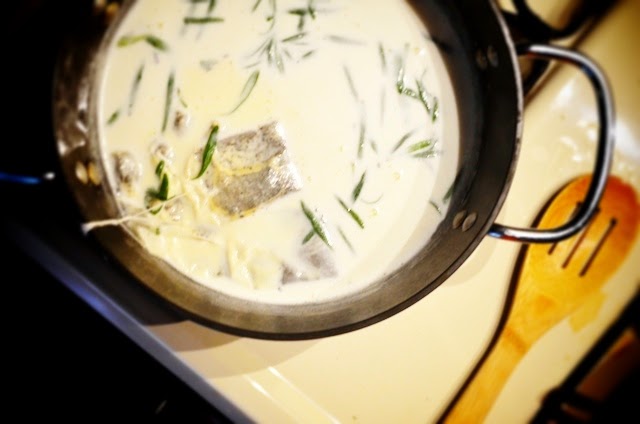 Follow the instructions on your ice cream maker to freeze your ice cream base.  Kick off your shoes and relax while the maker takes over!  After my ice cream finishes in the Kitchen Aid Mixer attachment, I usually put it in the freezer overnight.  This way the texture is closer to store bought ice cream and less like frozen yogurt. Final note: since this is Earl Grey ice cream, remember that there will be caffeine in it!  I learned this the hard way one night when I couldn't fall asleep after having a post-dinner bowl of ice cream!  Basically, I'm giving you permission to have ice cream for breakfast.
Hope you enjoyed your virtual bowl of ice cream!  Hope you have a great start to your week! 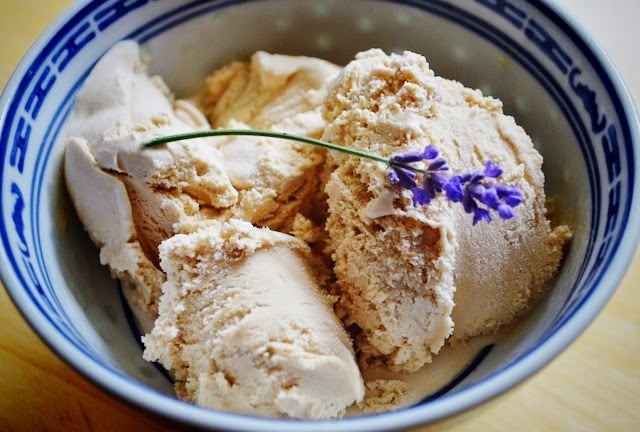 Posted by Mary Pimmel-Freeman at 9:52 AM 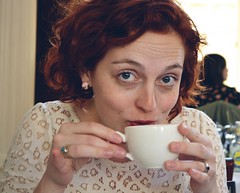 I'm a thirty something Midwesterner sharing joy from my everyday life. I love to garden, read, write, and photograph beautiful things. I especially love being a mom to Baby T.